The Mokha AA+ is a direct and fair trade Yemeni specialty coffee. It’s the original “Mokha Coffee” that was introduced first to the world 500 years ago. 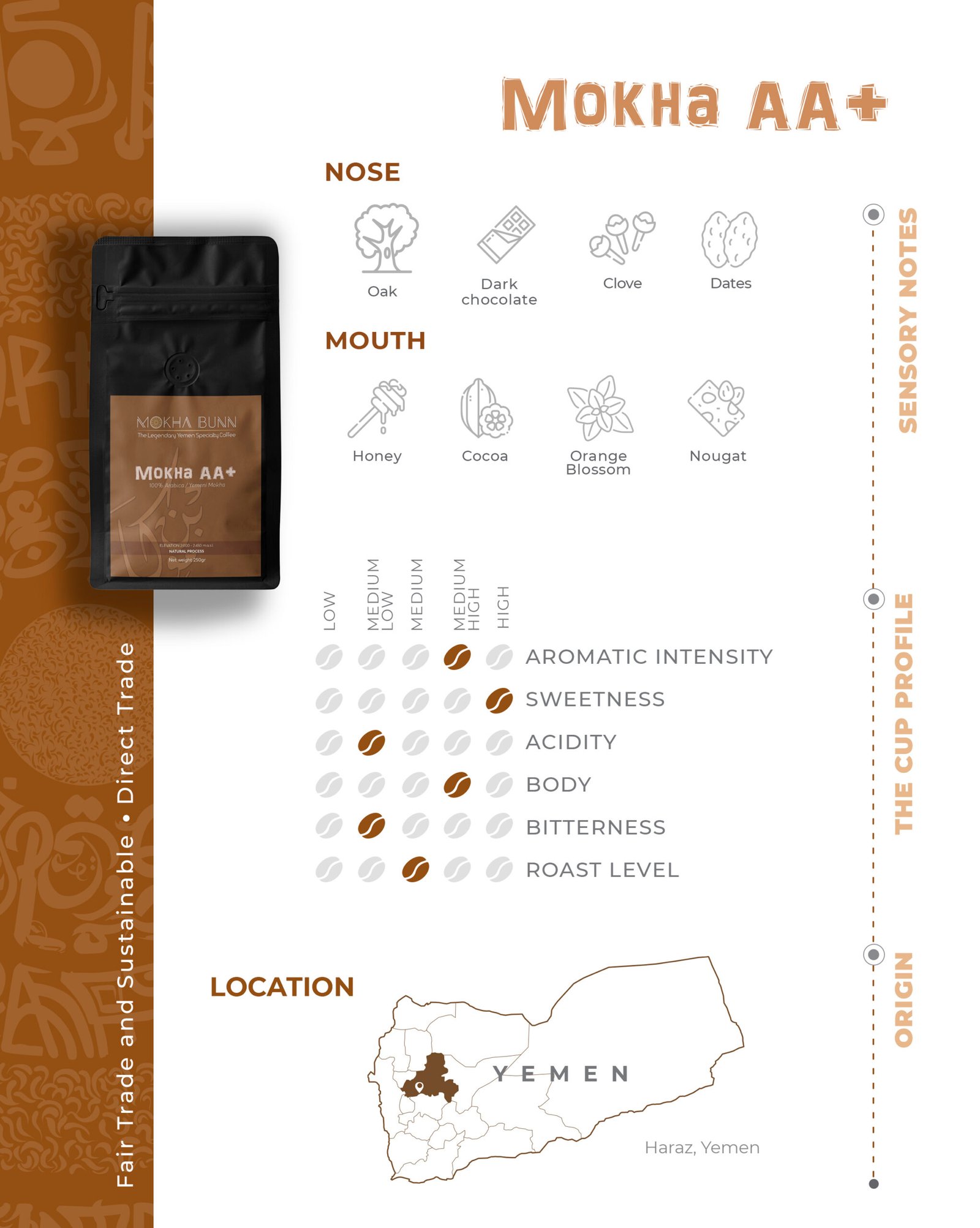 The Mokha AA+ is a direct and fair trade Yemeni specialty coffee. It’s the original “Mokha Coffee” that was introduced first to the world 500 years ago.

Process: Natural – Sundried. The most traditional and ancient way that Yemeni producers have learned for more than 1000 years of cultivating and processing coffee. Dried on raised beds under the sun for 16-21 days after passing through the floating system to remove lower density cherries and natural defects.

In general, Yemeni coffees are best consumed after 12-18 days from the roasting date and up to 12-16 weeks because of the degassing process. Notes will vary depending on the conserving way and time, but always a delicious cup of coffee.

Haraz is a mountainous region of Yemen between the cities of Sana’a and Al-Hudaydah. It is considered within the range of Sarawat. In the 11th century, it was the fortress of the Sulayhid Dynasty, many of the buildings still survive today. It includes Jabal An-Nabi Shu’ayb, the highest mountain in Yemen and the Arabian Peninsula. Due to its location between the coastal plain of Tihamah and Sanaa, this mountainous area has always been strategically important. A stopping point for the caravan during the Himyarite Kingdom, the Haraz was later the stronghold of the Sulayhid dynasty, which established itself in Yemen in 1037.

Only logged in customers who have purchased this product may leave a review.